If you are dealing with hair loss or discoloration, you know that it can take a toll on your self-confidence.

In that regard, you need a powerful solution that can regrow your hair and prevent it from greying.

And if you’re reading this, chances are that you have tried different methods that failed to work.

Before you give up, though, you might need to see our full SeroVital Hair Regeneres review. Just as the name implies, this product claims to regenerate hair, its color, and its volume.

We must say that these are extremely bold claims so the biggest question is; does this product deliver on its promises?

Here’s our full exposé of it.

SeroVital Hair Regeneres is a two-step system that seeks to give you a fuller head of hair and prevent it from greying as well.

When you buy the product, it comes as a set containing a hair serum and supplement. The serum is supposed to thicken your hair while the supplement is designed to promote hair growth.

It is supposed to work from the inside of your body to eliminate thinning, dull, and weak hair. The manufacturer of the product claims that it is the ideal weapon to help your body fight hair thinning and discoloration.

Those claims notwithstanding, this product has continued to attract mixed reviews. And so far, our experts could point out several potential downsides that indicate that this product might be ridiculously overpriced.

The gradual conversion of testosterone into DHT is one of the common causes of hair loss, especially in men. However, the Regeneres formula lacks a DHT blocker in its formula.

Stress is yet another common cause of thinning hair and the appearance of bald spots. However, this supplement fails to include a potent stress reliever in its list of ingredients.

A potent, natural stress reliever would be Ashwagandha, Bacopa Monnieri, L-theanine, Reishi Mushroom, or even Nettle Root. None of these are found in the SeroVital formula.

The capsules in which this supplement is encapsulated are made up of gelatin. Gelatin is made from animal hooves. Long story short, this product isn’t vegan or vegetarian-friendly.

In our view, therefore, while this product isn’t exactly a scam, you can always find better value elsewhere. There are cheaper products that tick all the right boxes in terms of DHT blocking, stress relief, and above all, affordability.

We recently reviewed a product called Folexin too. To this end, we think it offers a much better alternative if you’re concerned about any of the 3 issues raised above.

What Does This Mean for You? 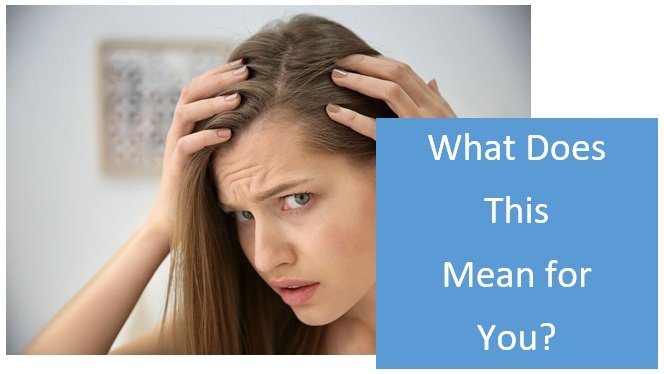 A quick look at SeroVital Regenere’s ingredients proves that it contains a healthy supply of vitamins and minerals.

All these might be necessary for healthy living and prevention of hair fall.

However, to sustain a healthy crop of hair, you need to deal with the root cause of baldness or thinning.

The product might work just fine if you’ve lost hair primarily due to:

However, it might not offer much if your loss of hair is due to:

SeroVital can be described as a dietary supplement with amino acids that target your pituitary gland. These amino acids are theorized to nourish the gland thereby boosting the production of the human growth hormone.

When this hormone is released, it signals your brain to do several things that are geared towards improving the health of your hair.

If you are wondering how long it will take before you begin noticing results, the manufacturer says that it should take an average of 2 months.

The best results should be noticeable after about four months.

However, we are skeptical about this seeing as their money-back guarantee lasts only 30 days. This means that even if you try out the product for the first two months and it fails to impress, you cannot claim a refund.

We already said that this product comes as a package comprising two soft gels and a hair regrowth supplement.

Let us look at the ingredients. 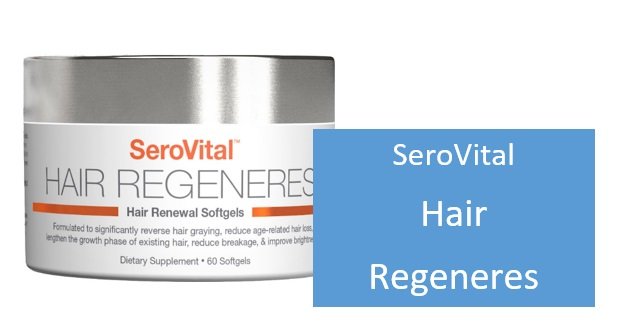 Also known as vitamin B6, this ingredient is thought to reduce hair loss in women. However, studies on the same are inconclusive.

Biotin-Is linked to the vitamin B family and is known to reduce hair breakage and shedding while adding volume.

Known to promote the production of melanin, we can bet that this ingredient was included in this supplement to counter greying hair.

To add volume to hair and reduce greying

It is believed that Cacao or cocoa can improve the growth of hair from the roots, especially after menopause. It also reduces swelling.

This ingredient is known to improve hair growth as well as thickness. In fact, it performs just as well as minoxidil when it comes to promoting hair growth.

Aside from having anti-inflammatory properties, turmeric may encourage hair growth.

Of course, there are other ingredients on the hair regrowth supplement such as sunflower lecithin, yellow beeswax, water, glycerin, and safflower oil.

That said; we did note that this product does not contain any strong stress reliever seeing as stress contributes greatly to hair loss.

So, to this end, we still believe that a better alternative exists in Folexin which has a much better-developed formula and costs a few dollars cheaper. 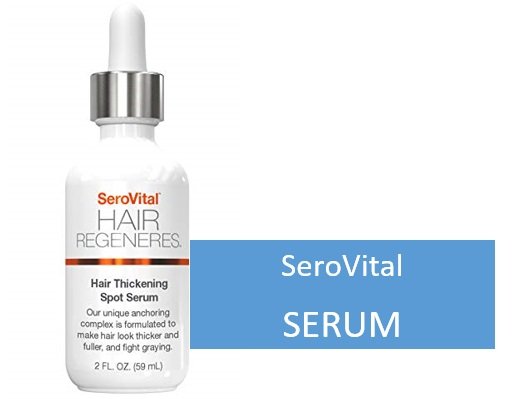 The following are the ingredients in the Hair Regeneres serum.

We all know water as a hydrating agent and that is the same purpose it serves here. It supplies the scalp and hair follicles with moisture to prevent hair breakage.

This ingredient coats the scalp to lock in moisture to prevent hair from breaking or becoming brittle. It also conditions hair and makes it softer.

Is commonly incorporated in hair growth formulas because it helps in reducing hair loss. It reduces follicle aging and degeneration.

This hair serum contains raspberry ketones as well and while it is a doubtful weight loss ingredient. A certain small study revealed that this ingredient improved hair growth after 5 months of usage.

50% of the people who used it reported that it improved the growth of their hair. We now that 50% sounds decent but this study was conducted among only 10 people and was published back in 2008.

Since then, no one else bothered to conduct a more conclusive study or they just did not publish it if they did. This makes us skeptical.

This is a common ingredient in hair conditioners because it nourishes, protects, and improves the appearance of hair.

Widely thought to improve the feel and appearance of hair by boosting volume, elasticity, and luster.

This is a popular conditioning agent that’s commonly believed to moisturize hair and enhance its elasticity.

This preservative is quite common in beauty products. Some pundits however, warn that this particular ingredient might lead to several health concerns among them rashes, eczema, hives, and skin irritation (ref).

This is purely for adding smell to the product so it does not hold much water unless the smell irritates you.

We arranged this ingredient list from the one which is in abundance in the serum to the one that is least in abundance deliberately.

For instance, the list starts with water meaning that it has a higher percentage in the product. It ends with fragrance because that is the least abundant ingredient in the serum.

The soft gels contain gelatin that is derived from animal hooves. What does this mean? Simply that the product is not suitable for vegans and vegetarians.

Hair Regeneres comes with several advantages such as:

(1) The product is devoid of DHT blocker to stop overproduction of the hormone which is known to contribute to balding. We expected it to contain an inhibitor such as Saw Palmetto in its formula.

(2) At $39.99 for a bottle, Hair Regeneres is much more expensive compared to our recommended alternative that can go for as low as $18 per bottle and delivers more value.

(3) While it is easy to swallow the supplement since it comes in capsule form, committing to taking four capsules in the morning and right before bedtime can be challenging for some people. 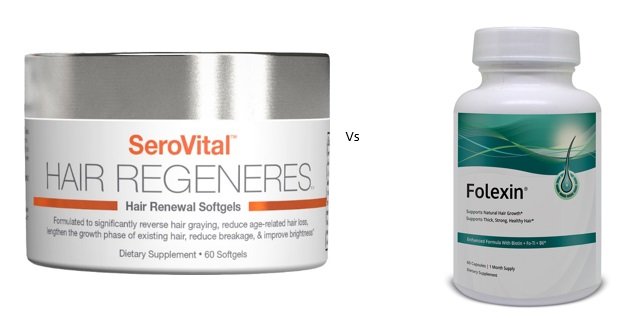 Folexin is arguably the best hair supplement in the market and understandably so. It contains a DHT inhibitor, a stress reliever, and is vegan friendly.

Besides, the ingredients in the supplement have been widely studied and even featured on leading platforms such as WebMD and Healthine.

That said, and just like the Regeneres formula, Folexin is encapsulated in gelatin and is, therefore, not vegan-friendly. Read full review.

Although it is not perfect, Minoxidil has enough scientific backing showing that it can help regrow hair. That is something we cannot say about Hair Regeneres.

Besides, Minoxidil is FDA approved meaning that you can rely on the fact that it was manufactured under standard conditions and that it is more likely to deliver on its claims.

That said; the supplement is not known to prevent hair from greying.

Viviscal is one of the well-known hair regrowth supplements in the market. It has been in existence for years and has scientific backing to show that it promotes hair growth, unlike Hair Regeneres.

Viviscal is not marketed as a hair color restoration solution and it has completely different ingredients from Hair Regeneres.

This is yet another hair regrowth supplement and has at least a published study verifying that it can promote hair growth.

Although the ingredients in Nutrafol are not the same as those in Hair Regeneres, there is no study comparing the two.

Side Effects of SeroVital Hair Supplement

The company behind Hair Regeneres claims that it is safe for any healthy adult. However, you can never tell how the product will react with your system.

Moreover, you need to take precautions before going all-in on the product. Here are several things you should do to ensure you remain safe.

That said; some people have reported feeling nauseated after taking the capsules. 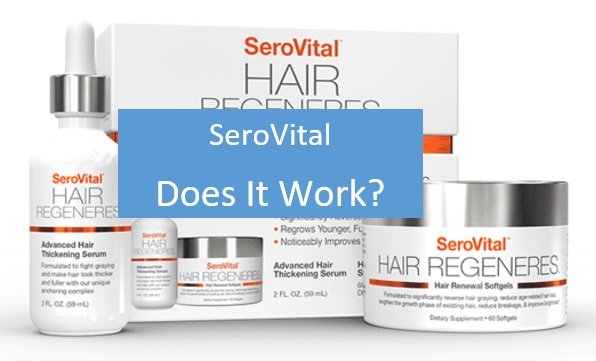 We have bombarded you with loads of information and although it is helpful, the biggest question remains does Hair Regeneres work?

Our honest opinion is that this product could increase hair volume and restore hair color but to a certain extent.

The company has conducted a bit of research to back up their claims but we feel that a published clinical trial would have been more credible.

This is to say we are hesitant to get on this product’s bandwagon and it is mainly because of that.

Where to Purchase Hair Regeneres

This product is available from the company’s official site SVHairRegeneres.com and you can order from there directly.

Alternatively, you can get it on Amazon. We checked in stores like Wal-Mart and Target but could not find it.

However, since SeroVital is available in these stores, Hair Regeneres might eventually be as well so be sure to check.

After analyzing Hair Regeneres, we think that it is a good product that could add to the volume of your hair and even restore its color.

Nonetheless, we did come across a few red flags such as the lack of a stress-relieving ingredient in the formula.

Another thing is that the product does not have a DHT blocker to inhibit the overproduction of a hormone that is known to cause balding especially among men.

Finally, Hair Regeneres costs $39.99 per bottle which is extremely expensive for what it offers. Our recommended product Folexin costs as little as $18 per bottle and delivers much more.

Hair Jazz Reviews – Are Their Hair Products Worth The Money?

HairAnew Review << How Effective Is This Supplement?

Hi, my name is James Kerry. My friends call me Hairy Jimbo. I'm a research assistant with an interest in hair-related topics. Facebook

FTC Disclaimer: As a reader-supported platform we may earn a commission when you buy using links on our site.

No Spam. Unsubscribe anytime you want. We respect your privacy.

Click the button above and we’ll send you our FREE eBook right away.